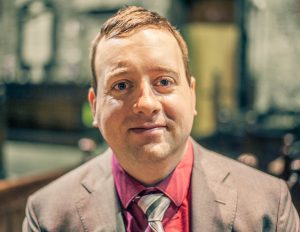 The senior bands Musical Director is Daniel Brooks. Danny was appointed MD to the band in May 2012.

Hailing from Preston, Lancashire, Daniel Brooks is currently the Musical Director of Elland Silver Band in Yorkshire whilst also being the Academy Leader of the Red Admiral Music Academy.

Daniel started playing trombone at the age of 10 for his local brass band and music instantly became part of his life. He continued to study music at both the Royal Northern College of Music in Manchester and the University of Huddersfield gaining a BMus (hons) and an MMus in Performance with distinction. During this time and following, Daniel became a well respected trombone player as Solo Trombone with many of the countries leading brass ensembles including Leyland Band, YBS Band and Brighouse & Rastrick Band.

His playing career has then enabled him to begin a thriving teaching and conducting career. Daniel founded his own music academy in Mawdesley in Lancashire, with an aim to teach people of all ages how to play brass instruments. In a mere 3 years, Red Admiral Music Academy now has around 150 members across 4 levels of bands and local primary schools and the youth band have been crowned the Junior Brass Band Entertainment Champions of Great Britain. Daniel’s conducting career comes from working with Elland Silver Band where he took them from the 2nd section to the championship section in only 3 years – along the way winning titles at the Yorkshire Area, Bolsover Entertainment Contest, Brass Factor, YHBBA and Hardraw Scar as well as section wins at numerous march & hymn contests and many other top 3 placings. Most recently, Daniel and the Elland Silver Band have just achieved qualification in the Spring Festival to compete alongside the countries contesting elite.

Daniel has dedicated his life so far to music and at the age of 34, has lots of time left to continue his success in conducting, teaching and playing 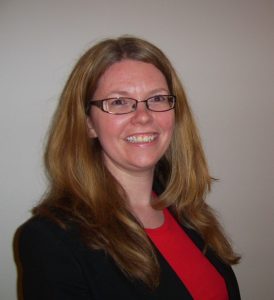 The Youth and Training bands Musical Director is Samantha Harrison.  Sam has directed the youth band since its formation in 1995.

Samantha started her playing career on tenor horn with the Elland Silver Band when she was seven years old.  She soon moved onto Bb cornet, receiving tuition form Rhonda Harper, the band’s trainer.  After spells on soprano cornet and flugel horn she was asked to take on the challenge of principal cornet.  The late John Harrison was the conductor at this time and through his coaching and mentorship, Samantha developed the beautiful tone and lyrical style for which she is admired.

At 16, Samantha auditioned for the National Youth Brass Band of Great Britain, where she received further guidance from such experienced musicians as Richard Evans, Alan Morrison, Roy Newsome and Lynda Nicholson. After three courses she became principal cornet.  While on a business studies course, Samantha was invited by Phillip McCann to join the Huddersfield University Brass Band, becoming its principal cornet player in her final year.  Whilst at University, she took up the challenge of forming the Elland Silver Youth Band, starting with a beginner’s class.

On completion of her studies, Samantha took up the position of flugel horn with the DUT Yorkshire Imperial Band, later moving to the British Telecom Band in Stockport.  However, with Elland Youth band going from strength to strength, she returned to play principal cornet with Elland Silver.  Samantha continues to be in demand and often appears with other bands.

Since its formation Elland Silver Youth Band has now become one of the country’s leading youth brass bands, performing at many of the UKs finest concert halls alongside some of the UKs finest musicians. In 2016, the band were crowned National Youth Brass Band Intermediate Champions and were runners up in the Development Section of the European Youth Brass Band Championships in Lille.

She also conducts the Elland Silver Training Band and co-ordinates the development of the Elland Starter Brass and Beginner Bands. In recent years her passion for teaching has led her to develop a career as a brass instrumental teacher, where she is now in demand at several local primary and secondary schools.

In 2015 Samantha was awarded a Diploma of Honour from the Worshipful Company of Musicians. She has also been announced as this year’s recipient of the prestigious Mortimer Medal for her services to youth brass banding.

In 2016, Samantha was awarded the prestigious Mortimer Medal at the Royal Albert Hall, London in recognition of her services to youth brass banding.